Following are the nominations in the General Field categories:

Record Of The Year:
"Fancy" — Iggy Azalea Featuring Charli XCX
"Chandelier" — Sia
"Stay With Me" (Darkchild Version) — Sam Smith
"Shake It Off" — Taylor Swift
"All About That Bass" — Meghan Trainor

Following is a sampling of nominations in the GRAMMY Awards' other 29 Fields:

The nominees for Best Dance Recording are "Never Say Never" by Basement Jaxx; "Rather Be" by Clean Bandit Featuring Jess Glynne; "F For You" by Disclosure Featuring Mary J. Blige; "I Got U" by Duke Dumont Featuring Jax Jones; and "Faded" by Zhu.
The Best Rock Performance nominees are "Gimme Something Good" by Ryan Adams; "Do I Wanna Know?" by Arctic Monkeys; "Blue Moon" by Beck; "Fever" by the Black Keys; and "Lazaretto" by Jack White.

For Best Alternative Music Album, the nominees are This Is All Yours by Alt-J; Reflektor by Arcade Fire; Melophobia by Cage The Elephant; St. Vincent by St. Vincent; and Lazaretto by Jack White.

For Best Rap Album, the nominees are The New Classic by Iggy Azalea; Because The Internet by Childish Gambino; Nobody's Smiling by Common; The Marshall Mathers LP2 by Eminem; Oxymoron by Schoolboy Q; and Blacc Hollywood by Wiz Khalifa.

The nominees for Best Country Duo/Group Performance are "Gentle On My Mind" by the Band Perry; "Somethin' Bad" by Miranda Lambert With Carrie Underwood; "Day Drinking" by Little Big Town; "Meanwhile Back At Mama's" by Tim McGraw Featuring Faith Hill; and "Raise 'Em Up" by Keith Urban Featuring Eric Church.

The Best Country Album nominees are Riser by Dierks Bentley; The Outsiders by Eric Church; 12 Stories by Brandy Clark; Platinum by Miranda Lambert; and The Way I'm Livin' by Lee Ann Womack.

This year's GRAMMY Awards process registered more than 20,000 submissions over a 12-month eligibility period (Oct. 1, 2013 – Sept. 30, 2014). GRAMMY ballots for the final round of voting will be mailed on Dec. 17 to The Recording Academy's voting members. Ballots are due back to the accounting firm of Deloitte by Jan. 16, 2015, when they will be tabulated and the results kept secret until the 57th GRAMMY Awards telecast.
The 57th Annual GRAMMY Awards will be held Feb. 8, 2015, at Staples Center in Los Angeles and broadcast live in high-definition TV and 5.1 surround sound on CBS from 8–11:30 p.m. (ET/PT). 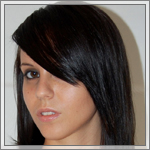 Page 1 of 1
Permissions in this forum:
You cannot reply to topics in this forum
Top posters
Latest topics
» Celebrity Content - Naked On Stage
by sexkasman Yesterday at 05:25

» Nude Actresses-Collection Internationale Stars from Cinema
by sexkasman Yesterday at 05:19